The importance of White Balance and Flash Gels

Many times when taking an image the camera’s auto settings just do not produce theÂ desiredÂ outcome. Take this shot for instance: 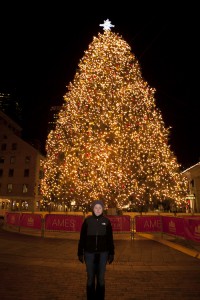 The goal was to capture a picture of Steph and myself in front of theÂ ChristmasÂ tree in Faneuil Hall during the holidays. Obviously this picture is less than optimal. The lights on the tree are glowing orange and the subject in the foreground is barely visible.

One way to enhance this picture is

A week or so later a friend and I were having some drinks at a bar before heading into a Redsox game when I noticed a familiar face behind the counter. I couldn’t place it at first but I knew that I recognized her. After a few minutes I thought to myself Â “was that the chick from the other night”. Can’t be. Like the dork that I am, I frantically pulled out my iPhone and began to look up the opening band to see if I could find a picture to confirm myÂ suspicions. I couldn’t.

A few minutes or so of searching I gave up and “popped the question”. Flattered by the fact that I recognized her, or maybe I imagined that due to the beer, it turned out I was right. She – Hayley Jane – was the lead singer of the band a few days earlier. It struck me as silly that someone asÂ naturallyÂ talented as Hayley wasÂ servingÂ a scrub like me at the local gathering hole. We chatted, water cooler talk mostly, during the down time between her work obligations to patrons. I had mentioned that I recorded both bands that night and I would be more than happy to share their set with them.

A few days after meeting Hayley I emailed her about the recording, my interest in photography, and how I was just looking to shoot anything I could. Turned out they had a gig coming up that I, unfortunately, couldn’t make. However, in a few months, they had a gig at the Paradise in Boston a venue that I had frequented previously as a taper and concert goer. It also happened that they were looking for a picture for their new website they were working on. 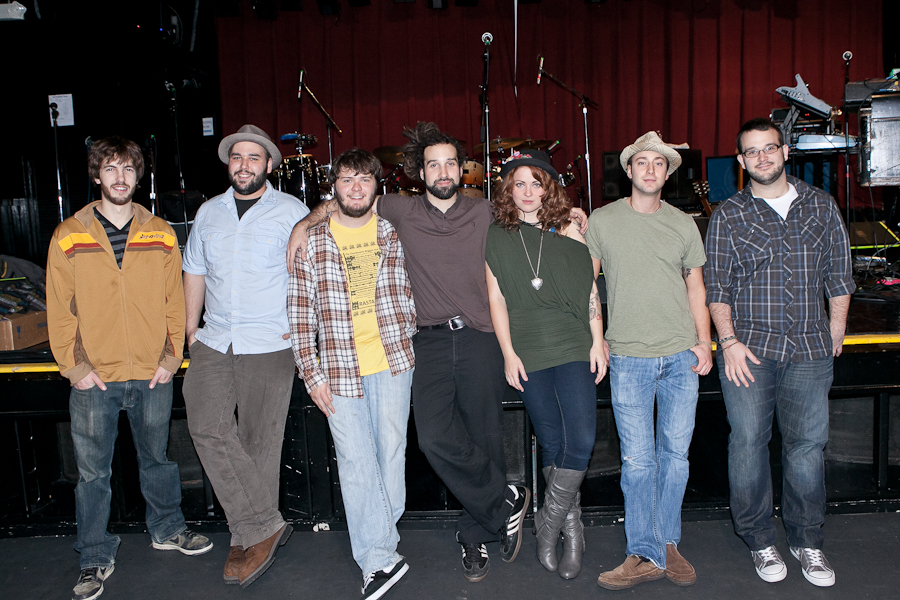 To my delight the band was a super group of people. Extremely talented, friendly, young and eager. I got a bunch of great candid shots backstage before the show and some decent ones during the show considering how poor the lighting is at The Paradise. Â Turns out that instead of using one picture for their website, basically every picture on it I took.