Sean and Elizabeth were married at The Villa at Rider Country Club. Per usual I headed off to the groomsmen suite while Molly worked with the ladies.

I initially met up with Sean and his groomsmen at the Courtyard Marriot in RaynhamÂ while they prepared. 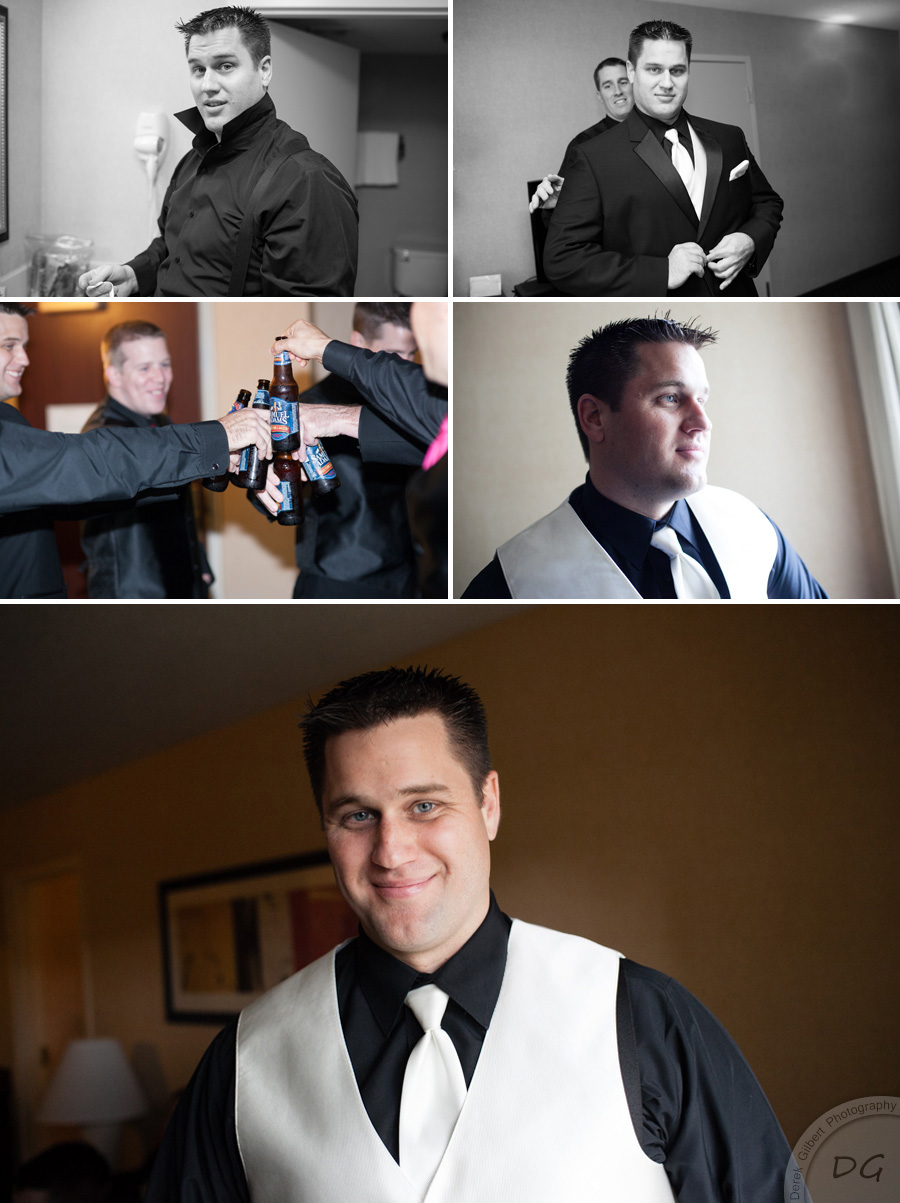 We were able to sneak outside the Marriot for a few pictures before heading off in the Limo to the ceremony. 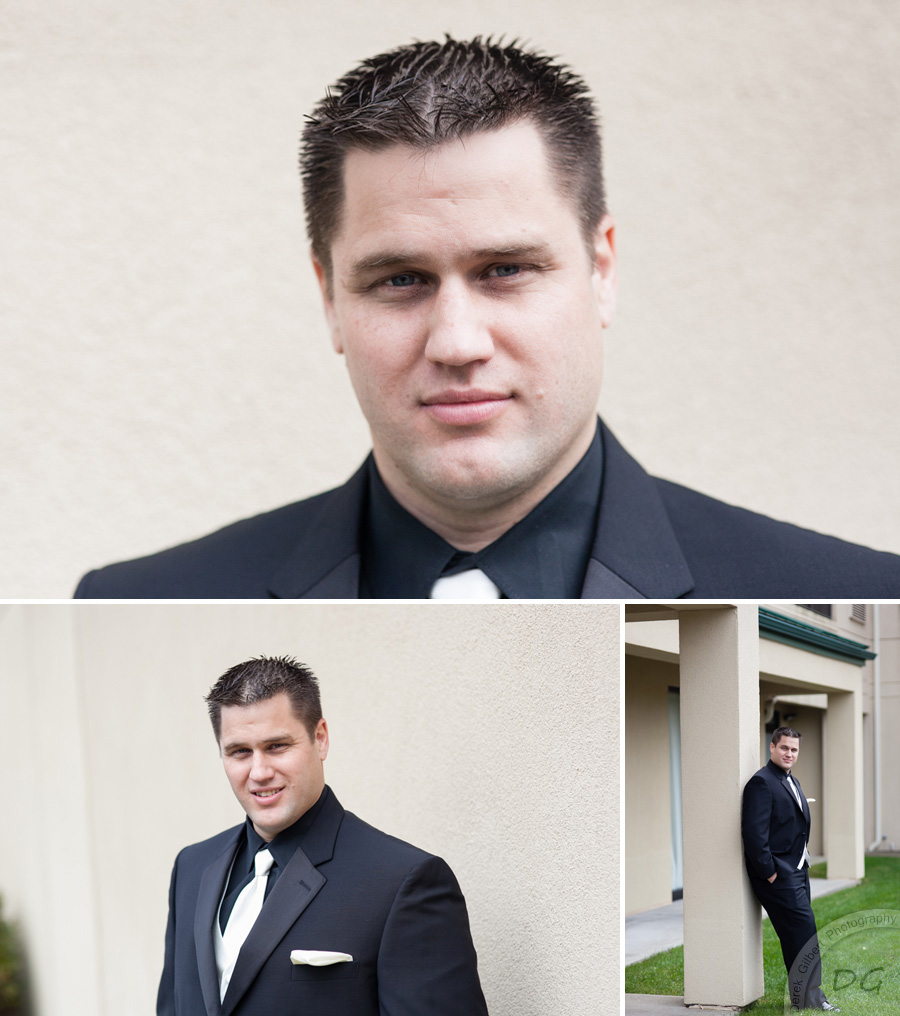 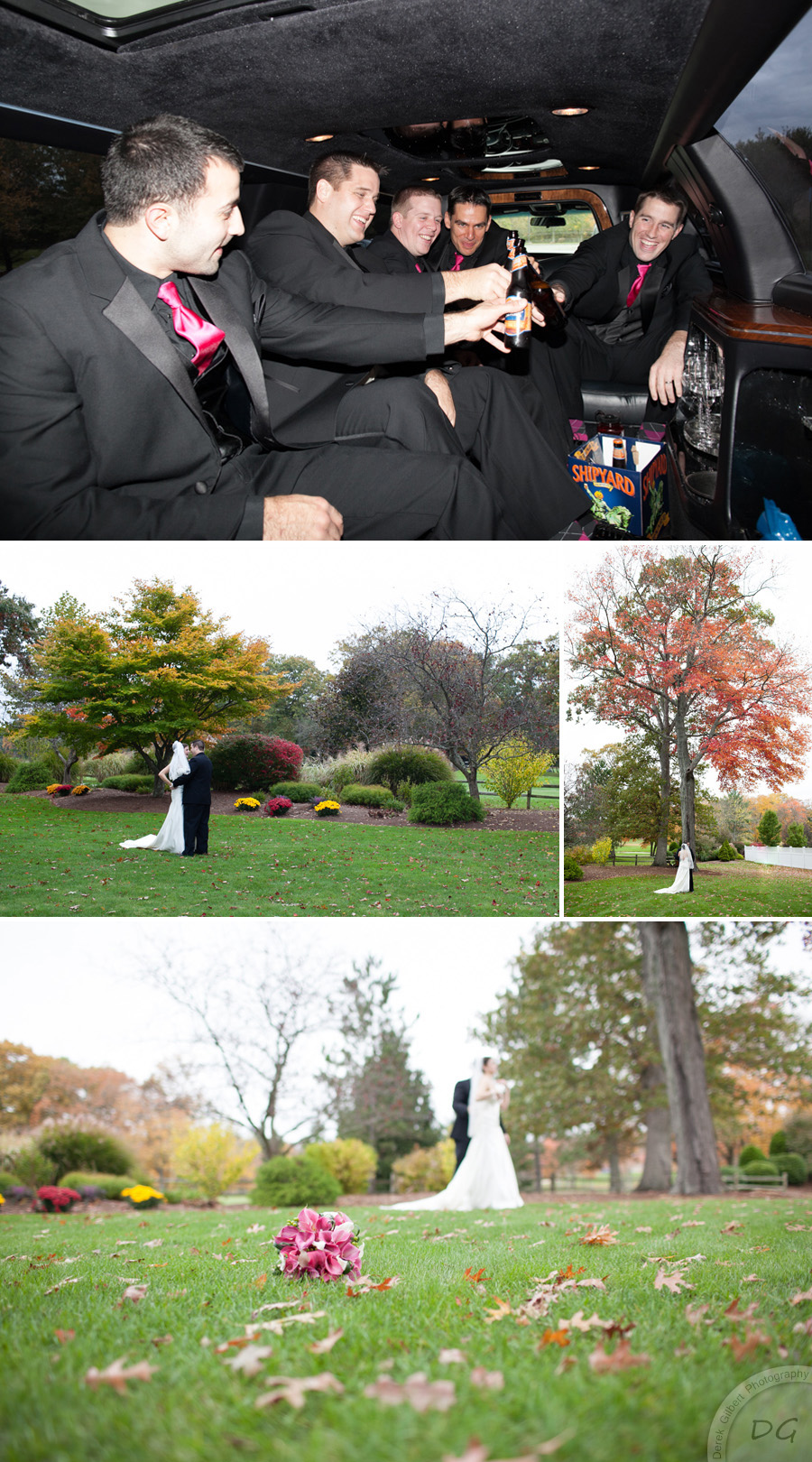 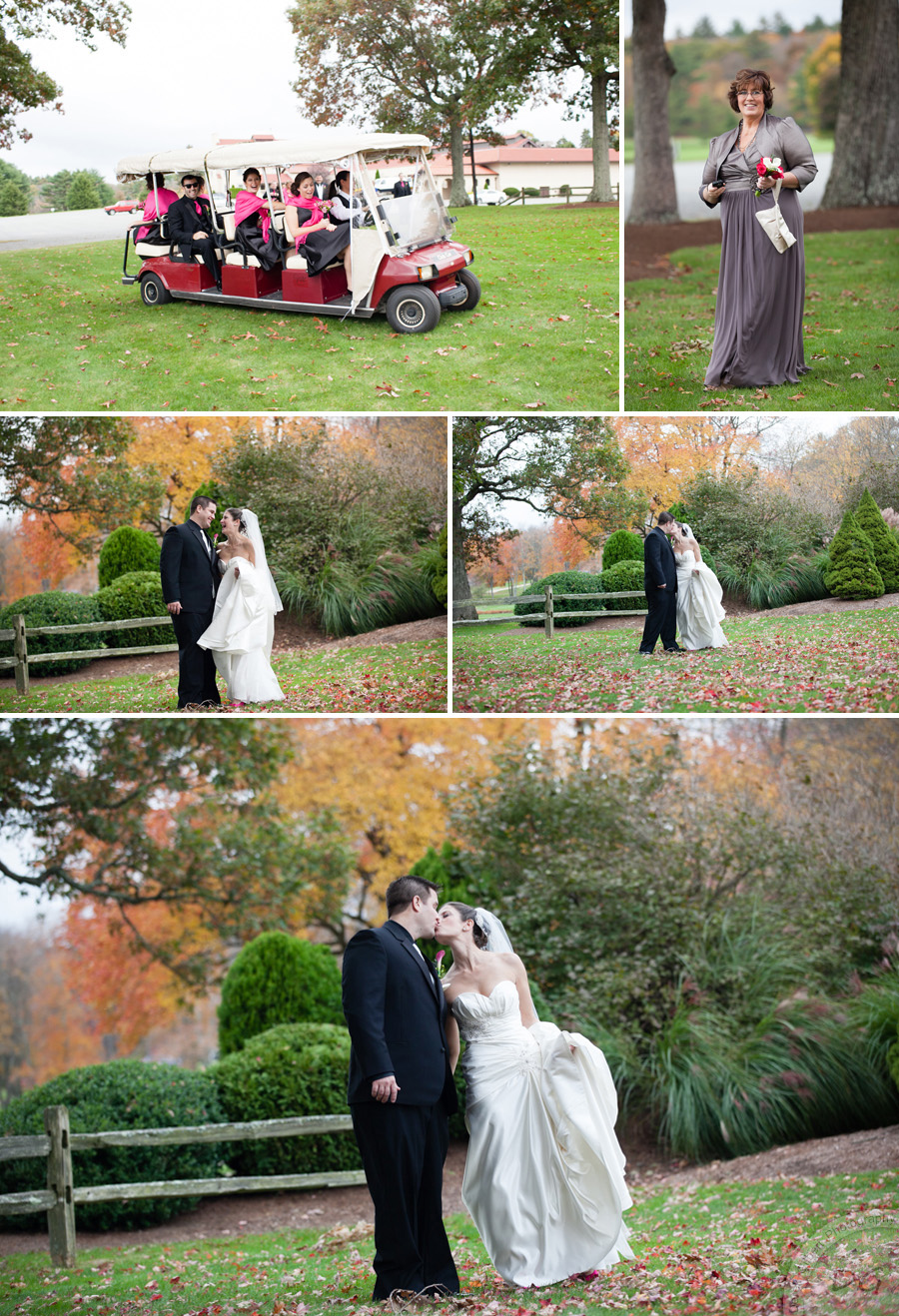 Some shots with the guys who were eager to show of their socks. The Dad’s were not to be out done! 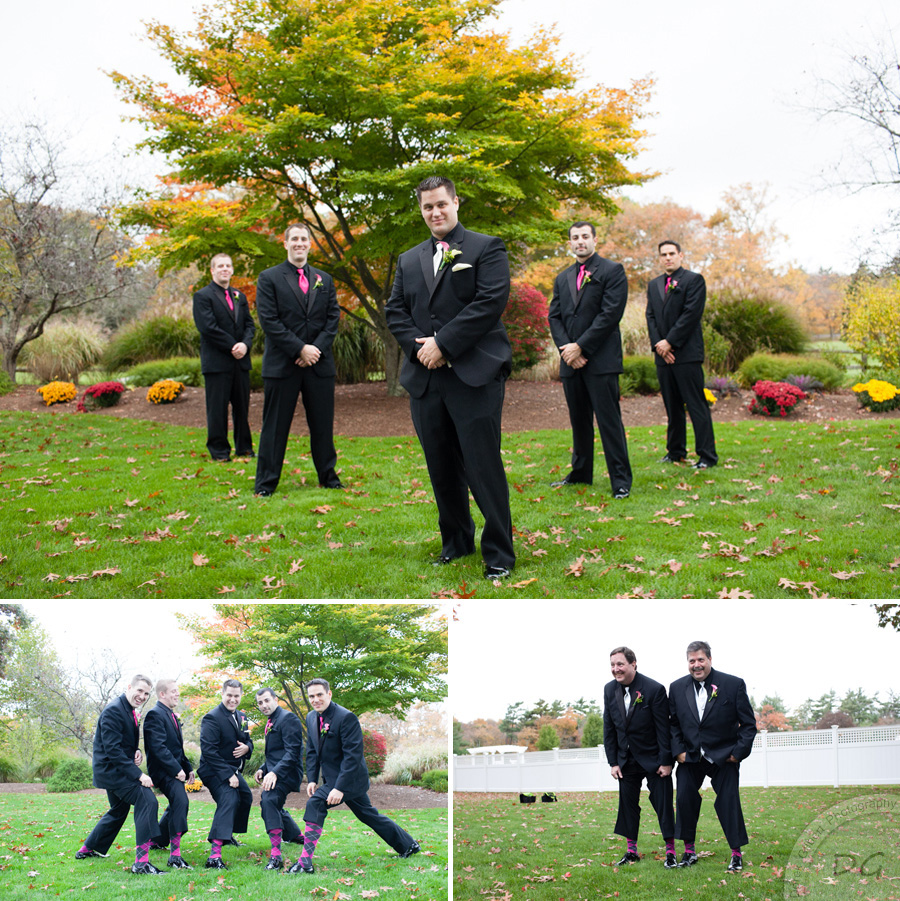 It started to rain so we had to move the shoot inside. That didn’t stop anyone though. Sean and Elizabeth look great in these pictures at the entrance to The Villa at Rider Country Club. 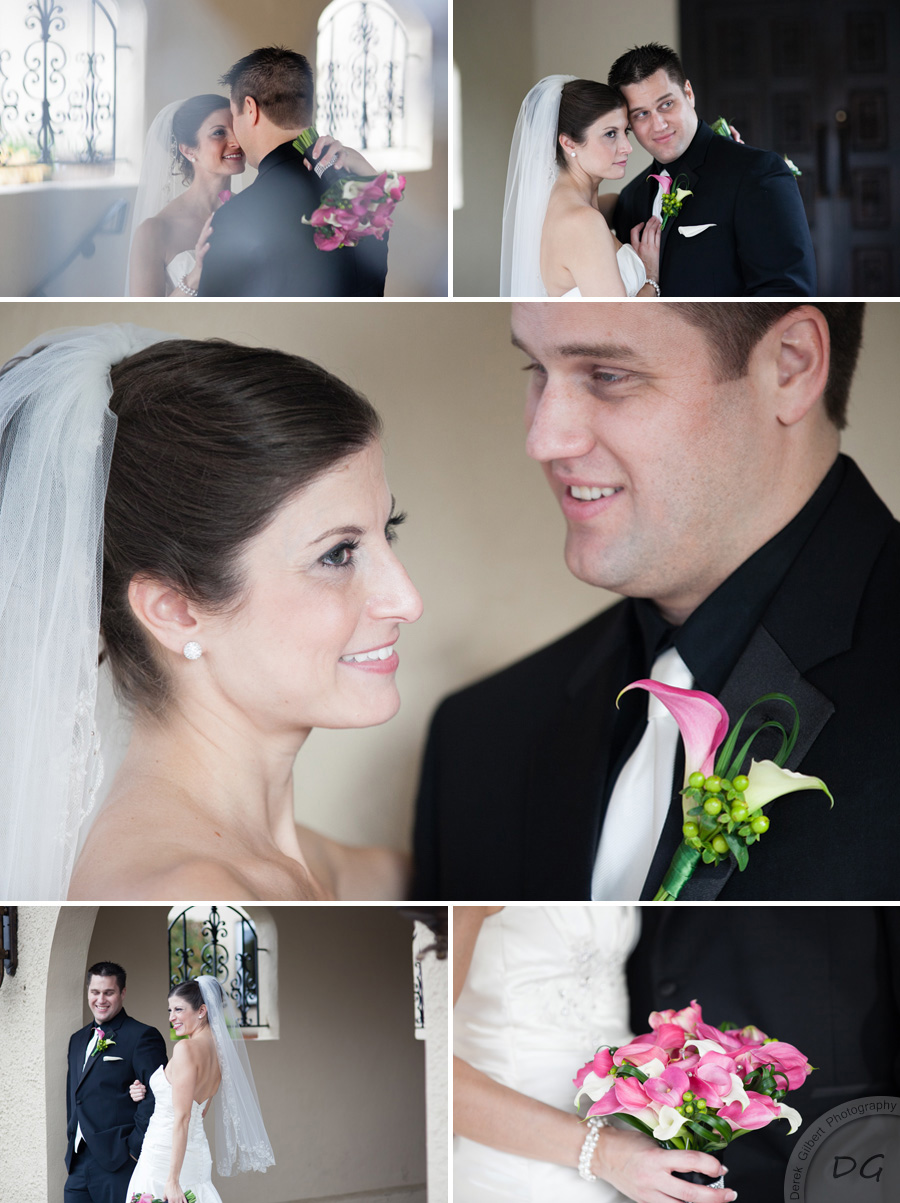 The ceremony was held inside of The Villa. 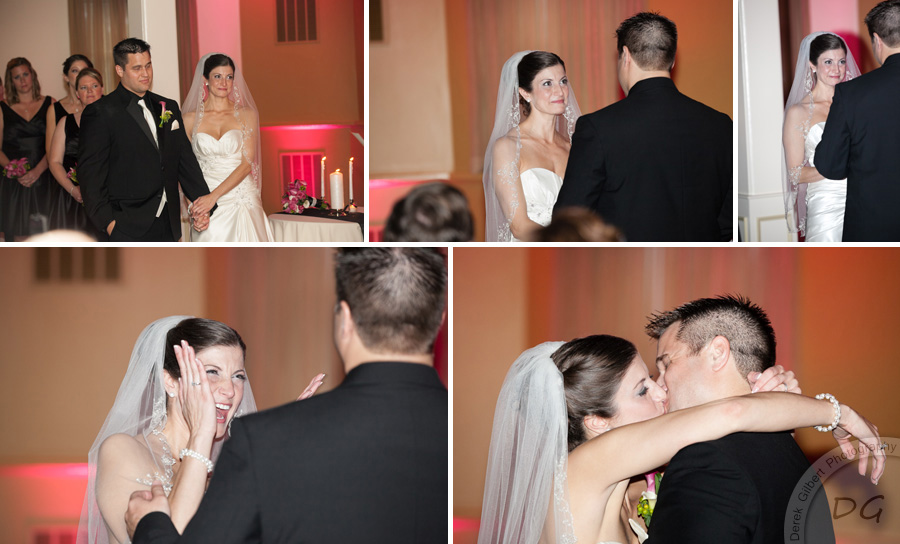 Priceless reaction from Elizabeth as she gets ready for her first kiss.

We then headed over to the ballroom for some apps and the first dances. 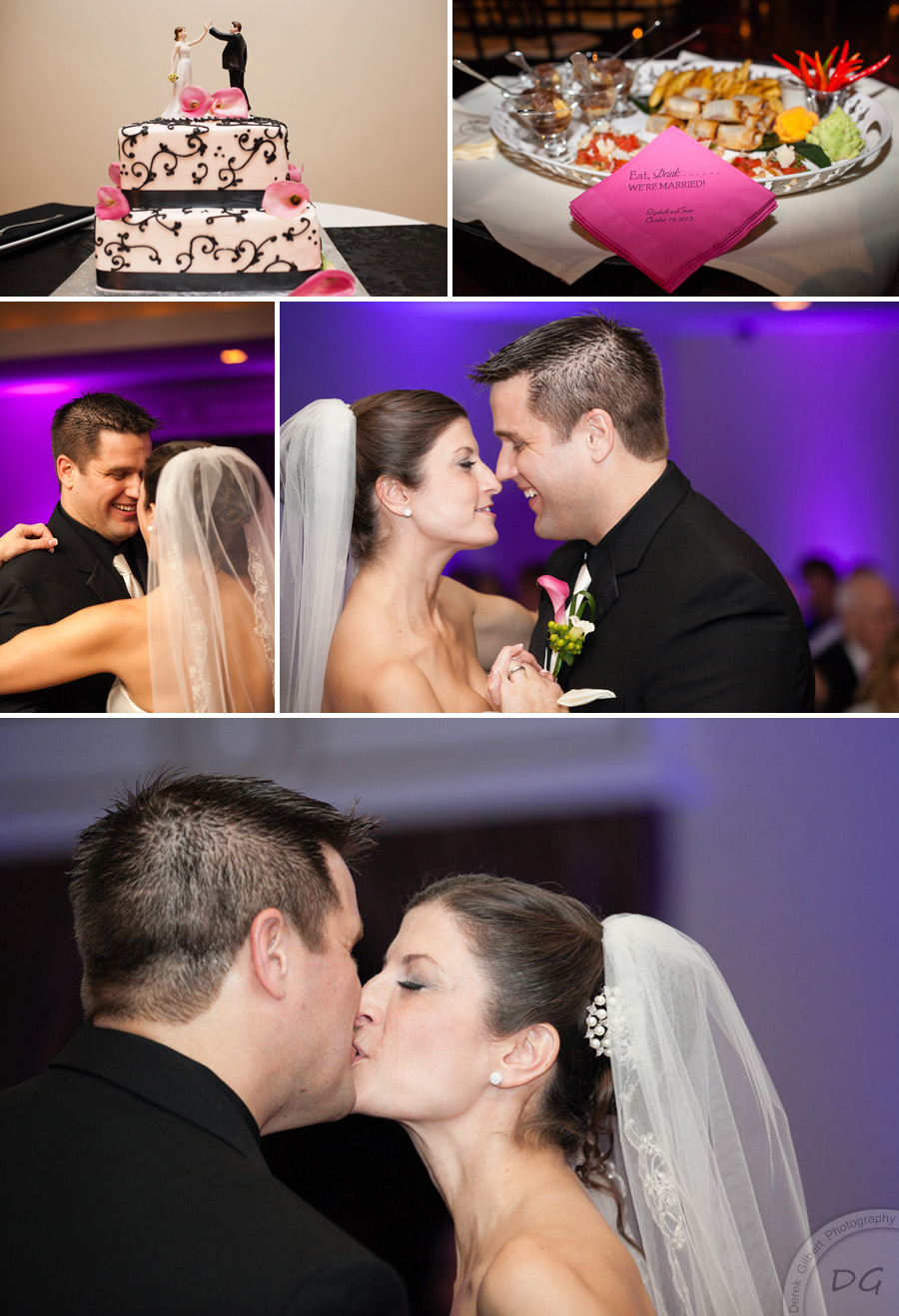 The speeches were very comical 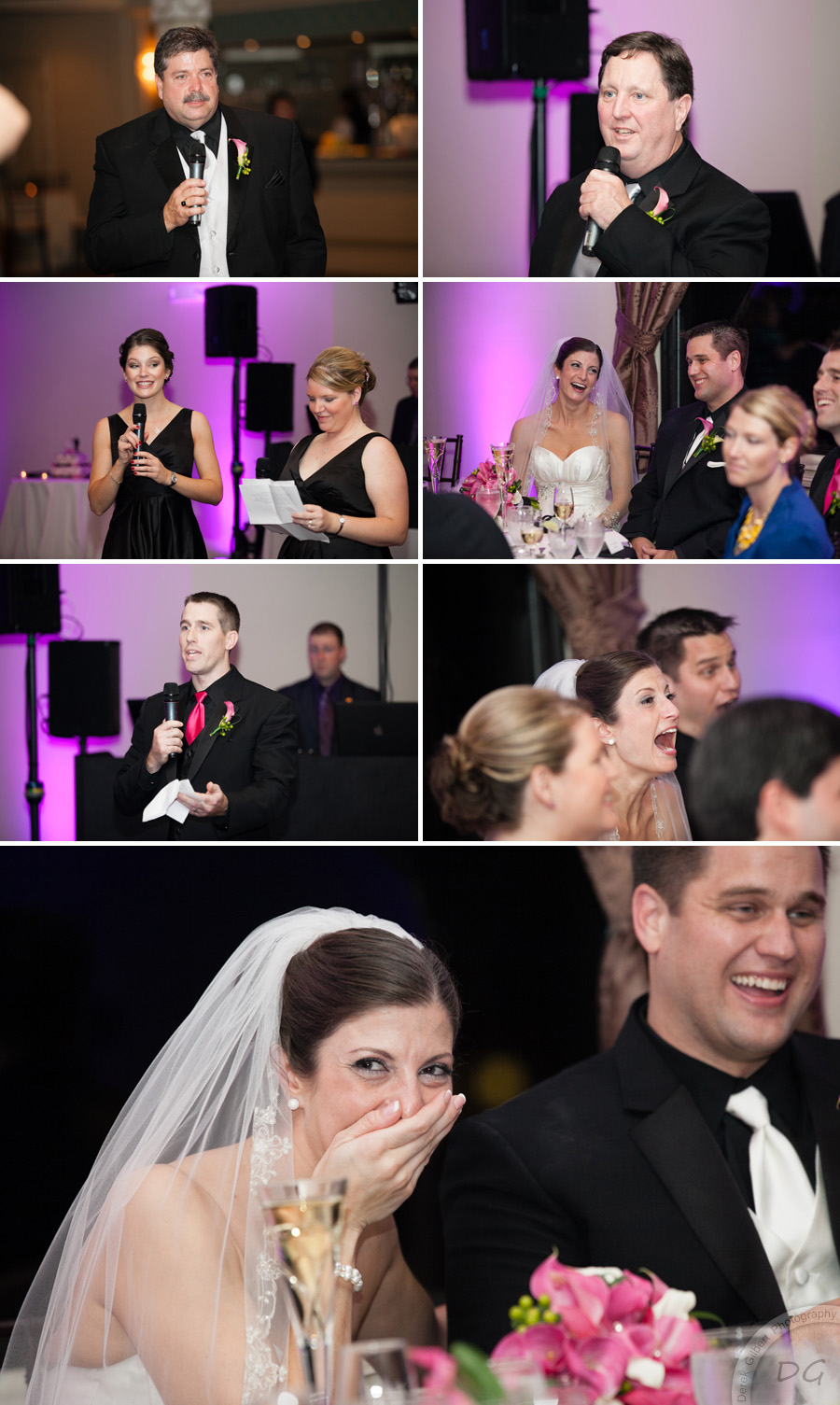 I LOVE this reaction above by Elizabeth!

Time for some cake cutting! 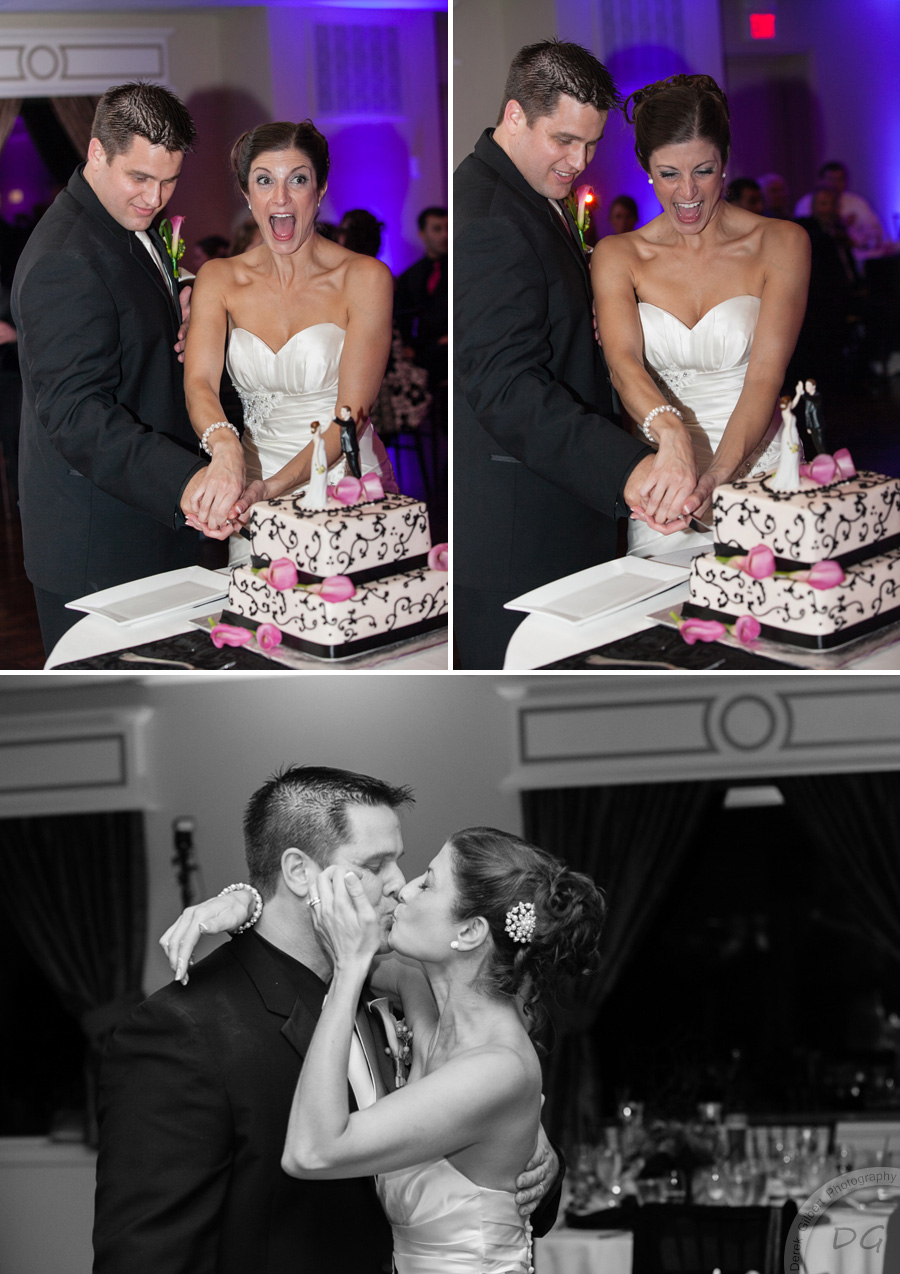 Parent dances followed by everyone joining in on the dance floor 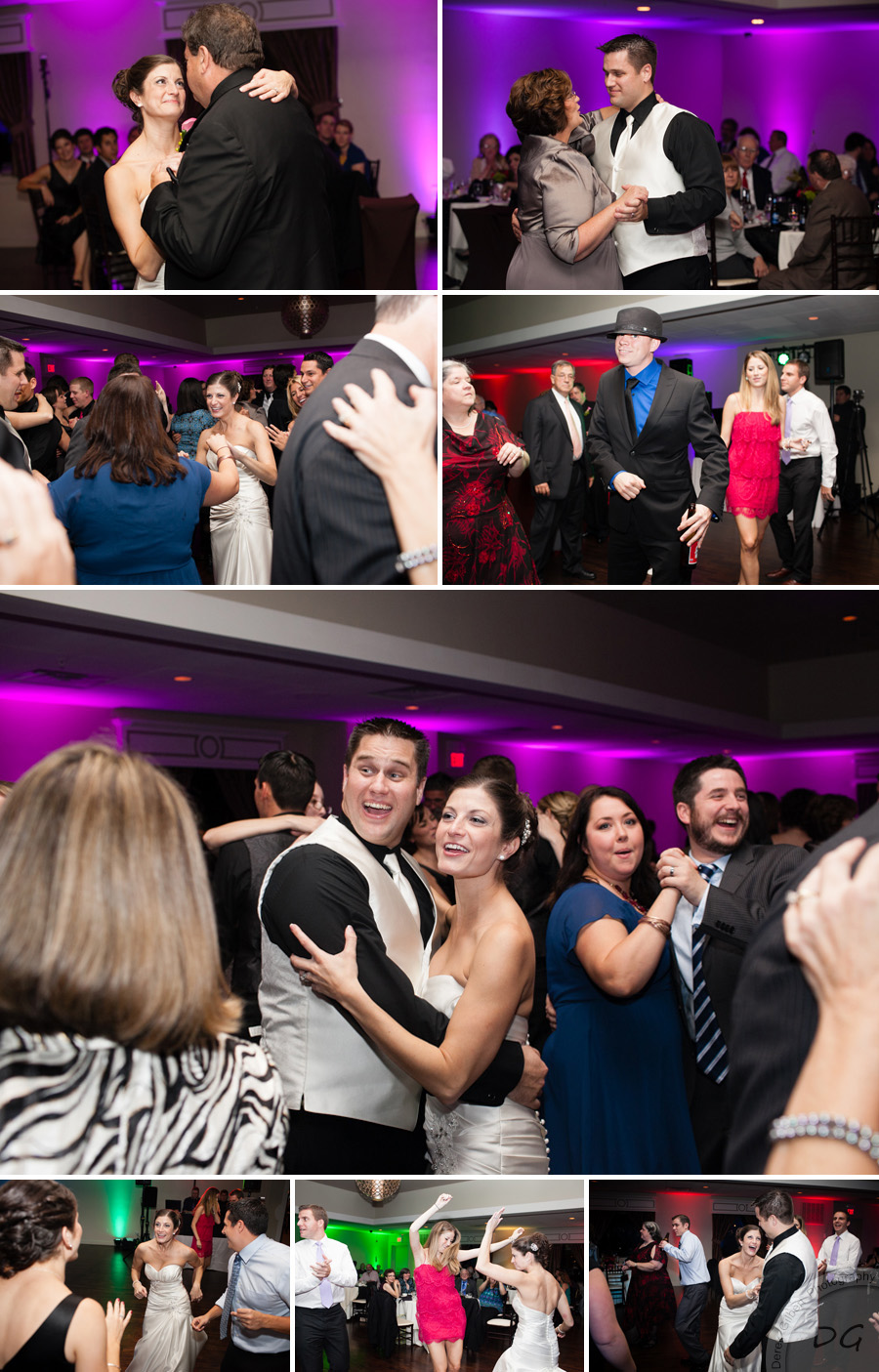 and lets not forget desert! 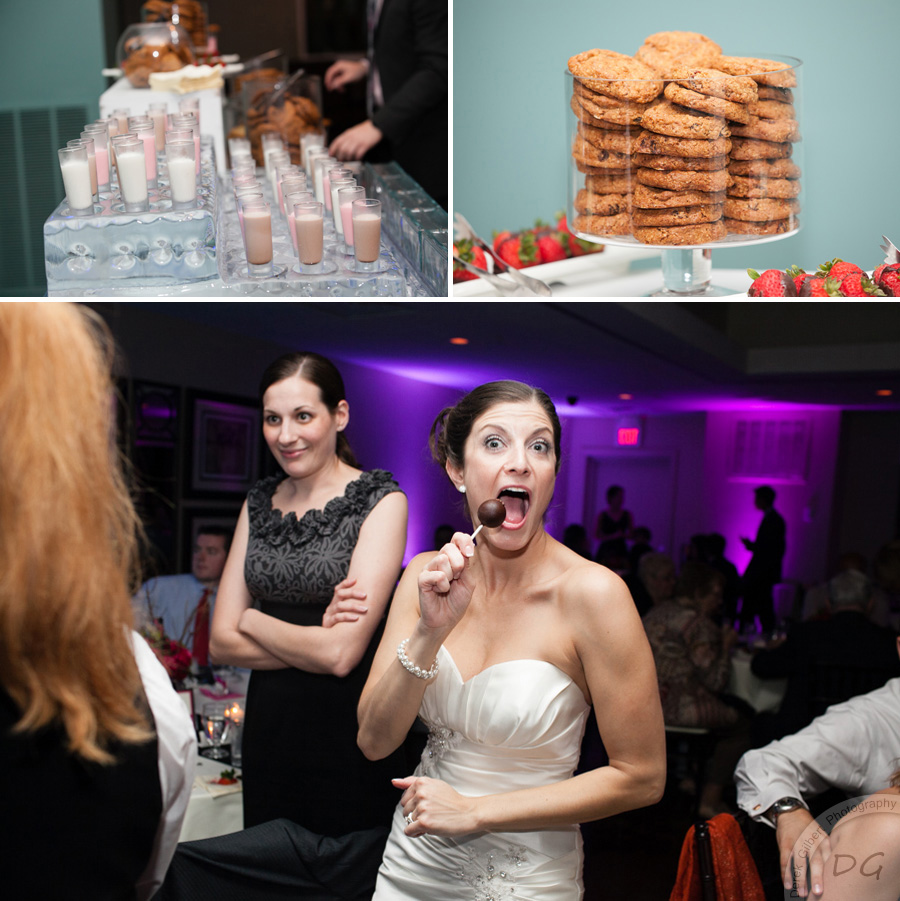 Thanks Sean and Elizabeth for having me along on your special day. Definitely check out Molly’s Blog for all of her pictures with a bunch of mine mixed in.